From Sherlock to Sheldon, geeks are the new sexy! What is it about them that we love so much? Why do we want to see them get the girl? Admittedly, I’m playing into a stereotype here. But being a geek myself, and married to one, I figure I can have a bit of fun trying to figure out why we can’t get enough of geeks.

Guy or gal, here are 5 of my favorite reasons for loving geeks…

A sense of humor is often one of the top “desired characteristics in a mate” listed by bot men and women for their ideal match. If you know a geek, or are a geek, you know they put those smarts to work in their humor. Geeks in my world tend to have the best one-liners, zingers, puns, and jokes. And, unlike some other hero stereotypes—*cough* alphaholes *cough*—geeks have no problem making fun of themselves.

Pocket protectors and suspenders are no longer the geeky uniform. Instead they’ve cornered the cool t-shirt market. IMO, this is just taking the humor from above and making it wearable (and sellable). Also a great conversation starter (if you understand the joke they’re wearing that day). Bonus effect, those t-shirts help you identify a fellow geek with similar interests.

Score Higher on the Relatability Scale

Perhaps the perception is that geeks are more relatable than those uber-alpha-males, or is my own geekiness showing through here? Granted, when they go off on a subject I’m unfamiliar with, I can glaze over. But that’s true with anyone. So maybe that’s it. Maybe all of us has a bit of geek in us in some way (big or small). This makes geeks kind of the guy next door.

I don’t know about you, but I find someone who uses their brain and enjoys learning and expanding their world to be super hot. For women considering a geeky male, there may also be a “natural provider” instinct thing going on. In caveman days, the natural provider was the strong tough guy who could protect and hunt. These days, providers need a big brain to compete in a rapidly-changing technical world.

I came across this Wired article and just had to share. It includes all sorts of reasons why geeks would make the best lovers. The list includes things like geeks get personal with tech, geeks dig consensual role playing, geeks know kinky, and so forth. Read more here: https://www.wired.com/2007/04/sexdrive-0406/

Do I even need to keep going after that last one? *mike drop*

If you can’t get enough geeky romance, come have fun with me today! I’ll be taking over the Lovestruck Fans Facebook page all day to share more geeky glory in the form of adorakable games and giveaways. Drop by and join in!

And don’t forget to check out my new release THE WRONG KIND OF COMPATIBLE featuring Drew and Cassie, two geeks who eventually figure out how perfect they are for each other! 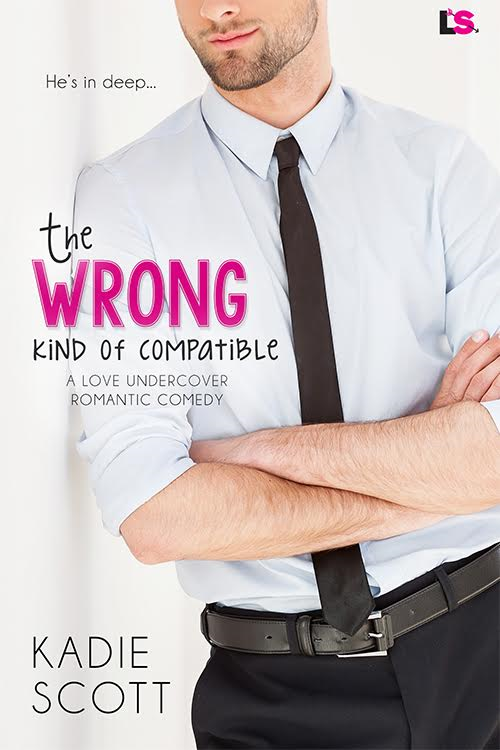 *All GIFs from GIPHY.COM